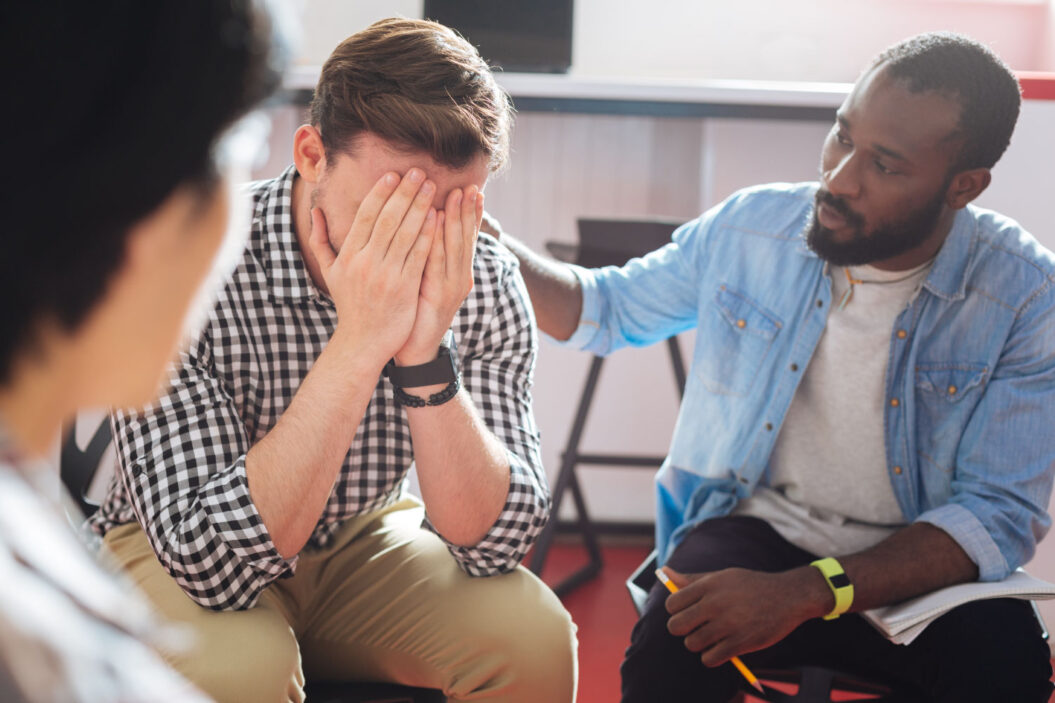 As men, we often feel pressure to seem strong and in control at all times. But the truth is, men are just as susceptible to mental health disorders as anyone. I know this from personal experience. I’ve struggled with thoughts of suicide and felt like I had nowhere to turn. But I’m here to tell you that there is hope, and it starts with taking the first step of prioritizing your mental health.

As men, it can be difficult to talk about our mental health and admit when we need help. Society often tells us to “suck it up” and be strong, but the truth is, it’s okay to not be okay. You’re not alone in this. In fact, studies show that 1 in 6 men have experienced sexual abuse or assault, and suicide is the second leading cause of death among men in Canada. I don’t know about you, but that’s a scary number to me!

Mental health is an important issue that affects people of all genders, but men are often less likely to seek help for their mental health concerns. In Canada, men are three times more likely to die by suicide than women, and they are also more likely to use harmful coping mechanisms such as substance abuse. Suicide is the second leading cause of death among men in Canada and the seventh leading cause of death overall. This is due to the gendered nature of men’s social relations, where beliefs about masculinity encourage men’s general lack of interest in health issues and risky behaviour. Poor mental health can also be a key factor in other leading causes of death in men, such as heart disease and accidents. It’s important to understand that seeking help for our mental health is a sign of strength, not weakness. It takes courage to admit when we need help and to take the steps to get it.

The Canadian Mental Health Association (CMHA) is a national organization that provides a wide range of mental health services and resources. They have branches in every province and territory, and they offer support groups, counselling, and other services for men. Contact them at (905) 602-3630 or visit https://cmha.ca/

The Men’s Health Network (MHN) is a national organization that focuses specifically on men’s health issues, including mental health. They provide information and resources on a wide range of topics, including stress, depression, and suicide prevention. Contact them at (202) 543-6461 or visit https://www.menshealthnetwork.ca/

The Canadian Association for Suicide Prevention (CASP) is a national organization that focuses on suicide prevention. They provide information, resources, and support for those affected by suicide, as well as training for those who want to help prevent it. Contact them at (204) 784-4073 or visit https://suicideprevention.ca/

In addition to these resources, it’s important to reach out to friends, family, and partners for support. Creating a safe space for men to talk about their mental health can make all the difference. Listen actively, be non-judgmental, and offer your support and encouragement. If you’re not sure what to say, simply saying “I’m here for you” can be powerful. Remember, mental health is a journey, and it’s okay not to have all the answers. The most important thing is to take the first step and reach out for help.

It’s time to break the silence and prioritize our mental health. Remember, you’re not alone, and it’s never too late to get the help you need.

Father of 5, Conscious Connector, Strategic and Forward-Thinking Professional Consultant for Socially Conscious Organizations | Founder of WUB & Creation Republic with a passion for making a difference

*Please note that while I primarily use the term “men” in this blog post to refer to those who identify as such, it is important to recognize that there are many different identities and gender expressions within the spectrum of masculinity. The research and statistics used in this post may not accurately represent the experiences of individuals who do not identify as men. I acknowledge that the field of mental health and research is constantly evolving and working towards a more inclusive understanding of different identities and experiences.

Manage Cookie Consent
To provide the best experiences, we use technologies like cookies to store and/or access device information. Consenting to these technologies will allow us to process data such as browsing behaviour or unique IDs on this site. Not consenting or withdrawing consent, may adversely affect certain features and functions.
Manage options Manage services Manage vendors Read more about these purposes
View preferences
{title} {title} {title}